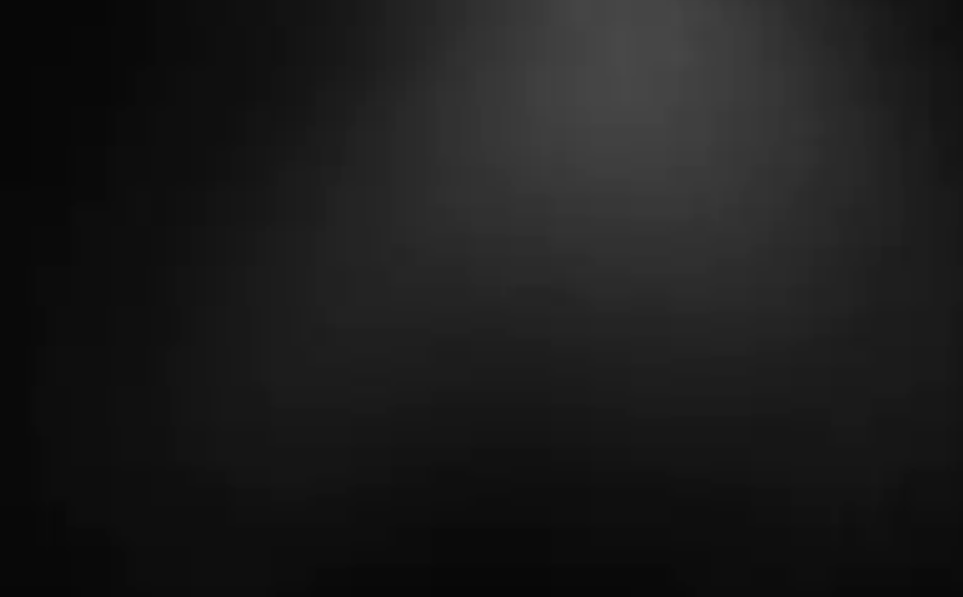 If you're a trucker, then you know that the people who originally "created maps" are believed to have the best GPS tools. But that's not necessarily true. And the amount of alternative options can feel overwhelming. Sorting out which GPS is good for truckers vs which are designed only for 4-wheelers complicates the matter. For example, Waze is probably best for identifying where the smokeys and speed traps are but the routes are not truck safe. And the original "creators of maps" referenced earlier, Rand McNally, is expensive and still has flaws. When it comes to FREE TRUCKER GPS, there is no better option than Truck Driver Power (TDP) on iOS or Android. Particularly because no other truck GPS integrates real time weather radar and intelligent forecasts along routes. But when it comes right down to it, there is no replacement for an attentive CDL driver.

Now if you're reading this, solely for our review of truck safe GPS options, feel free to skip the next section. It felt important to explain how Uncle Sam is involved in the quality of these different navigation tools.

The U.S. Department of Transportation (DOT) is the ultimate data source for what is and is not a truck safe road in America. It is not the map creators. And it is the Manual on Uniform Traffic Controls Devices for Street and Highways (MUTCD) that we have to thank for the well placed and clear road signs. It is the good folks in this group that underscore how an attentive CDL driver is the best way to remain on truck safe routes.

Unfortunately, there are other aspects of the DOT that make data transparency exceedingly difficult. Between the Federal Highway Administration (FHWA) and the Federal Motor Carrier Safety Administration (FMCSA), it is crazy hard to figure out where road construction is occurring, where bridge weight limits have changed, where truck speed limits differ from 4-wheeler speed limits, and more.

Part of the problem is how the information and infrastructure system is decentralized to DOT's at the state level, which leaves a patch work of different levels of quality, effort, and rules. The struggle between States' rights and Federalism is nothing new in America. But without higher standards for the States, truck drivers are left in some pretty terrible situations.

Take for example, public rest areas in America. Not only are there too few but a complete list provided by the DOT does not exist online. In fact, the FMCSA Rest Areas list has 26 States that do not even hyperlink to a State DOT website. (Note: as of 11-Aug-2020) And many of the States that do have a hyperlink, do not list where Rest Areas are. Hilariously, Louisiana and Alabama both lead to a broken pages. Forget expecting the States that are linked to be updated regularly. Some States, such as Michigan, have made valiant and noble efforts.

How about Wyoming closing 10 Public Rest Areas during the COVID-19 Crisis of 2020? Yep, no hyperlink on the FMCSA website to figure out where they were or even a way to know which were closed. Going out of your way to find the Wyoming Department of Transportation's Rest Area information, still does not lead to a place of data friendliness for truck safe GPS makers.

Sadly, the DOT's data transparency feels like a bad joke. This is the root cause for such a high degree of difficulty finding a technological answer for truck safe routes. Leaving CDL drivers with a dependence on the hard working and thoughtful people in the MUTCD. Thank you MUTCD (Twitter)

Now for the meat of why you're reading this blog. Unfortunately, there is not just one truck GPS solution because there are a few different cross-sections to consider, which is why this review is broken down into these sections:

What you're going to run into when you start looking for free trucker GPS options is a sleuth of dead mobile apps, apps that have not been updated in ages, apps that are not actually truck safe, and apps that use your GPS but do not provide truck safe routes nor turn-by-turn navigation. Worse still, you may end up downloading a "free" app but then getting caught in a sneaky trap of in-app purchases and expensive monthly subscriptions like at Trucker Path, that costs hundreds of dollars a year (not good). If you care about your American trucker GPS being American, Trucker Path is 100% Chinese owned and 100% Chinese operated. And still yet Trucker Path like many other "free" truck driver mobile apps will use Google's 4-wheeler routes and link you out to Google Maps for the navigation function, which will take you under low clearance bridges and put you on non-commercial roads.

Rather than waste your time pointing you to dead apps and dead ends (pun intended), just get the Truck Driver Power (TDP) mobile app. The TDP app is 100% free with zero in-app purchases. It works on iOS and Android smartphones and tablets. TDP leverages TomTom data to avoid low clearance bridges, hazmat restricted tunnels, weight limited bridges and even optional toll road avoidance. Construction zones are visible on the map but also taken into account for ETA calculations. The company makes money if drivers opt-in to hearing about job opportunities from trucking companies, who pay for access to the drivers. Simply put, CDL drivers keep money in their wallet and get a high quality truck safe turn-by-turn navigation tool completely free.

The list of options in the paid trucker GPS section really depends on if you want a dedicated device or something on a smartdevice (I.E. smartphone or tablet). And of the smartdevice options, the quality of the truck routes will not differ widely. The reality is both that the US DOT underpins bad data issues but also that there are only a few data providers: TomTom, HERE, and Garmin. The differences between these data providers are not drastically different and where they suffer in quality they tend to suffer equally in the same places as a result of poor source data from the US DOT system (as described in detail above). The paid smartdevice options will not have strong CDL communities nor weather integrations but they may come with integrations to Electonic Log Devices (ELD) and Transportation Management Systems (TMS). The publicly traded juggernaut Trimble (TRMB) offers the Co-Pilot app. And if you're not familiar with the name Trimble, you may know them better as PeopleNet, provider of driver well-being monitoring solutions.

Shifting gears to the dedicated device space for paid trucker GPS options, the field narrows considerably. Rand McNally is the best brand and for good reason. They've been providing Commercial Drivers License (CDL) professionals with maps and atlases well before smartphones and dashboard GPS devices were imagined. These are the folks that dominated the offline paper world and earned the trust their brand promises. They don't provide their data to 3rd party mobile app developers so you're not going to find their data without paying them for it. But make no mistake, Rand McNally is not flawless, thanks again to the Uncle Sam weak link. So always remember to observe and follow road signs. The downside with this company is the User Experience (UX) and innovation. With roots in paper, it is no surprise that their evolution into a technology company has been slow and clunky. Their ease of use is not great and feels very much like the internet did in 1995. More recently, the hardware for their dedicated devices have been outsourced to cheap feeling Android device makers. And many devices still operate with offline maps and therefore require a cumbersome and time consuming manual updating process. That leaves much to be desired for the high price tag. But these gripes are universally true of all the dedicated device options.

The differences between TomTom, Garmin, Magellan and others will largely come down to your preferences around:

This section may feel out of place but it's important to acknowledge that the best and biggest tech companies on earth have the best technology products, even if their technology is not custom for professional truck drivers. The hard truth, is there is not going to be just one perfect solution. The CDL driver market is smaller than the car driver market. Where there are single digit millions of truckers in America, there are hundred of millions of 4-wheeler drivers in America. The result of that dynamic means that there are a lot more drivers reporting gas prices and police whereabouts in 4-wheeler apps than there are in trucker apps. That's why Waze (owned by Alphabet) is a standout for hearing about police traps or vehicles stopped on the side of roads all over America. That's also why the GasBuddy app is going to have the best data on fuel prices. And why Google Maps (owned by Alphabet) is going to have the best hotel, restaurant, and shopping locations. And because these large technology companies operate these free apps, they are the trend setters that the Rand McNally's of the world struggle to keep up with. Knowing in real-time where traffic accidents have occurred and updating route guidance depends on the 4-wheelers' data.

For starters, the idea of paying for trucker GPS is outrageous. Truck Driver Power (TDP) is the stand-out, high quality, no gimmicks, free truck GPS of choice.

TDP weaves real-time and future weather data from AccuWeather onto the map and into TomTom's truck safe routing. You will not be limited to just one route choice but three with the fastest route always being the first choice. By default, weigh station locations and statuses are easily viewable during route choice along with up-to-date roadwork and accident information.

Optionally displayed on the map are all of America's public rest area locations, which have been painstakingly organized into this singular source (something the US DOT does not offer). More than just big brand truck stops, there are thousands of "mom & pop" truck stops listed, enabling you to find some of the best food and comforts in a pre-trip or in a pinch. Truck parking availability is crowdsourced by a vast and supportive CDL driver community. So when you need a place to pull over safely, you can not only find it but get trustworthy truck safe turn-by-turn navigation directions to that rest break area.

The professional community of CDL drivers is supportive and helpful to fellow truck drivers in ways not found anywhere else. TDP's huge emphasis on professionalism keeps scammers at bay.

Lastly, you may even get paid more as a CDL driver just by using the app. So not only is it free but you could get a great job opportunity and TDP would pay you $100 if it happens. What other trucker GPS will pay you to use it?

Get a smartdevice dashboard holder and get the free Truck Driver Power (TDP) mobile app. Save your hard earned money for other things and don't pay for GPS in the modern world when you don't have to.

Please leave comments below. We are interested to hear what you think about this blog post and any ideas of topics you'd like covered next. As always, thank you so much for being out there on the roads and keeping America alive and running. Stay healthy and stay safe out there.